Pet Parent Sally brought home Mac, a male Glen of Imaal Terrier, at 8 weeks of age. Mac is a show dog, and as most models know, appearance means everything. Unfortunately, at a very young age, Mac developed chronic diarrhea and dermatologic lesions. Sally said, “He had frequent issues with diarrhea, especially at dog shows. He also had some minor skin issues.” Despite diet changes and a full work-up, his veterinary team couldn’t pinpoint the exact cause of Mac’s clinical signs. Metronidazole was prescribed when episodes were particularly bad, and Mac would respond. As a veterinarian, you can probably relate – we’ve all had cases like this. Sally said, “The only time he did not have diarrhea was when he was taking Metronidazole.”

In addition to his chronic diarrhea, Mac was also constantly licking his paws and developed interdigital dermatitis. He was thoroughly worked up for these conditions as well and treated regularly with antibiotics, Apoquel and Cytopoint, topical shampoos, sprays, and supplements.

In July 2020, Sally reached out to Dr. Donna DeBonis at The Pet Food Vet for help with Mac’s conditions. Dr. Donna is a food safety consultant for pet food, a retired Army Reserve veterinary officer, and has a master’s in food safety.

Dr. Donna recommended transitioning Mac to a fresh whole-food diet. She suggested trying JustFoodForDogs’ Derm Support Fish & Sweet Potato Recipe. Sally said, “I was doubtful if he would eat it because he had refused any dry fish foods along with just about every type of dog food available. He was hungry most of the time, living on cooked chicken or steak, which lack all the necessary nutrition for his health. When we put a bowl of the food down for him to try, he went right over to it and started eating and eating. Over the next week, the diarrhea slowed down. He appears more relaxed and is eating more. Usually at dog shows he has issues with diarrhea, but no problems this time thanks to your food.”

After transitioning, Dr. Donna said, “His stool immediately resolved and has stayed firm since. His paw licking decreased and skin healed.” Positive changes were evident within two weeks. She shared, “There are two reasons why I chose a whole-food diet and particularly JFFD for his loose stools and itchy skin. Mac was started on a raw food diet as a puppy as a mandatory requirement from the breeder. Raw food diets are notoriously unbalanced in nutrients and are routinely contaminated with foodborne pathogens. I believed that if I could get him on a diet that I knew was well balanced with the best ingredients and pathogen-free, then the chronic diarrhea and skin issues would resolve. He has been on the JustFoodForDogs Derm Support diet since early July and the diarrhea resolved immediately; he has not had a loose stool since then.”

Sally said, “Mac’s full name is Daulton’s Breithla Feirin Irish Mac. He participates in conformation and we go to local dog shows. He won two 5-point majors as Best of Breed and met the AKC requirements to become a Champion. He is going to start agility soon and is working on getting his AKC Canine Good Citizen award. He is not a well-known breed, but is a wonderful dog.”

Mac is thriving on fresh foods and is on track to become a Grand Champion. Of course, nothing will ever replace a thorough work-up, diagnosis and medical treatment. But, after a decade of feeding pets real food, JustFoodForDogs believes that whole-food nutrition – the same quality food we eat and source at a grocery store – cooked and not processed, is the foundation of health.

Sir Andre GoldenEye turned 2 years old on August 20, 2020. I brought him home at 8 weeks old. He is the very first born to the Alaskan breeding kennel, Alyeska Aussies. I’ve thoroughly enjoyed watching him grow into a handsome full-coated, bright-eyed, well-muscled and smart-working red-merle Australian Shepherd. One of the great pleasures of growing a pup up is enjoying the health of their young bodies, particularly (for me) their sparkling white teeth, healthy gums and pleasant breath.

I changed kibble just before his birthday thinking I’d give him the best boutique dog food on the market.  Surely with new times the new foods would be formulated better, and the temptation was too hard to resist with so many new brands.  I picked one and in about 3 weeks, I noticed his breath was smelly, and found his teeth were yellow at the gum line. Also, his gums were red and irritated. I guessed he would get sick with disease if I didn’t remove that brand of kibble from his diet. But first, I tried adding some raw meats and pro-biotics to his daily portion. I waited 2 weeks. No improvement. Yup, I was sad that the puppy of my dreams was no longer.

I called Dr. Donna for advice and she recommended I try “Just Food for Dogs – DIY Nutrient Blend” in a home cooked meal for him. Making dog food from scratch sounded effortless, and I opted to try the Beef and Potato recipe. My first batch cooked in my crockpot over night, and lasted about a week. It smelled like a delicious stew, and passed the taste test. Andre loved it!  Best part of this little experiment was the return of pleasant breath and puppy-like sparkling white teeth, amazingly within only 2 weeks time.

My take away is, over-processed foods can contribute to health issues just like with us; and just like us, our pets deserve better nutrients to stay healthy.  During my phone consultation with Dr Donna, she educated me on the making of boutique dog food brands vs some of the well established brands. I learned that not all manufacturers have board certified veterinarians on staff. The ones that do, produce a safer product with no recalls.

Dr. Donna DeBonis is an outstanding veterinarian who really cares about her clients and people in general. If I have a problem with my dogs, Lucky and Christian, she is always there to help me with any conditions- and I live on the east coast!!! She is on the west coast. A truly concerned and genuine person. I highly recommend Dr. Donna DeBonis and watch her live podcasts every Thursday at 4pm EST.

I’d like to take this opportunity to thank Dr. Donna DeBonis for her time, concern and excellent advice in the care of my Search and Rescue K9. Her experience and background is really vital to the understanding of working K9’s. This knowledge also translates into the pet world. I really appreciate that Dr. Donna DeBonis takes the time to listen, addresses your concerns and helps find solutions that work best for you and your dog. You do not just get a doctor with Dr. Donna DeBonis, you get a friend and an advocate as well! Thank you so much for everything! 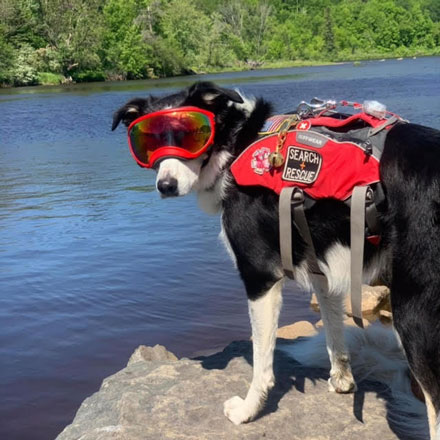 I want to thank Dr. Donna DeBonis for offering this service and for being an advocate for our pets. In this day and age where we are more aware of and concerned about the nutritional requirements for our pets and if they are being met, it is wonderful to have this resource and be able to have a compassionate, concerned veterinarian with the expertise to assist us, as pet owners, in our interest for bettering the lives of our pets.

Thank you Dr. Dubonis for discussing my concerns regarding the unexpected death our livestock guardian dog, Samarra, and the potential link with this death to the kibble she was fed. Thank you for your suggestions regarding our younger, male dog Atanas. We are excited to move forward and implement your invaluable advice to make sure that he enjoys a longer, healthier life. We will keep you updated!

Only partial refunds are available on any purchase (unless it is a technical issue). Once Sample Kits have been shipped, then refunds include a Shipping & Handling fee of 20%. If samples are already inside the lab, then they are not available for any refunds.